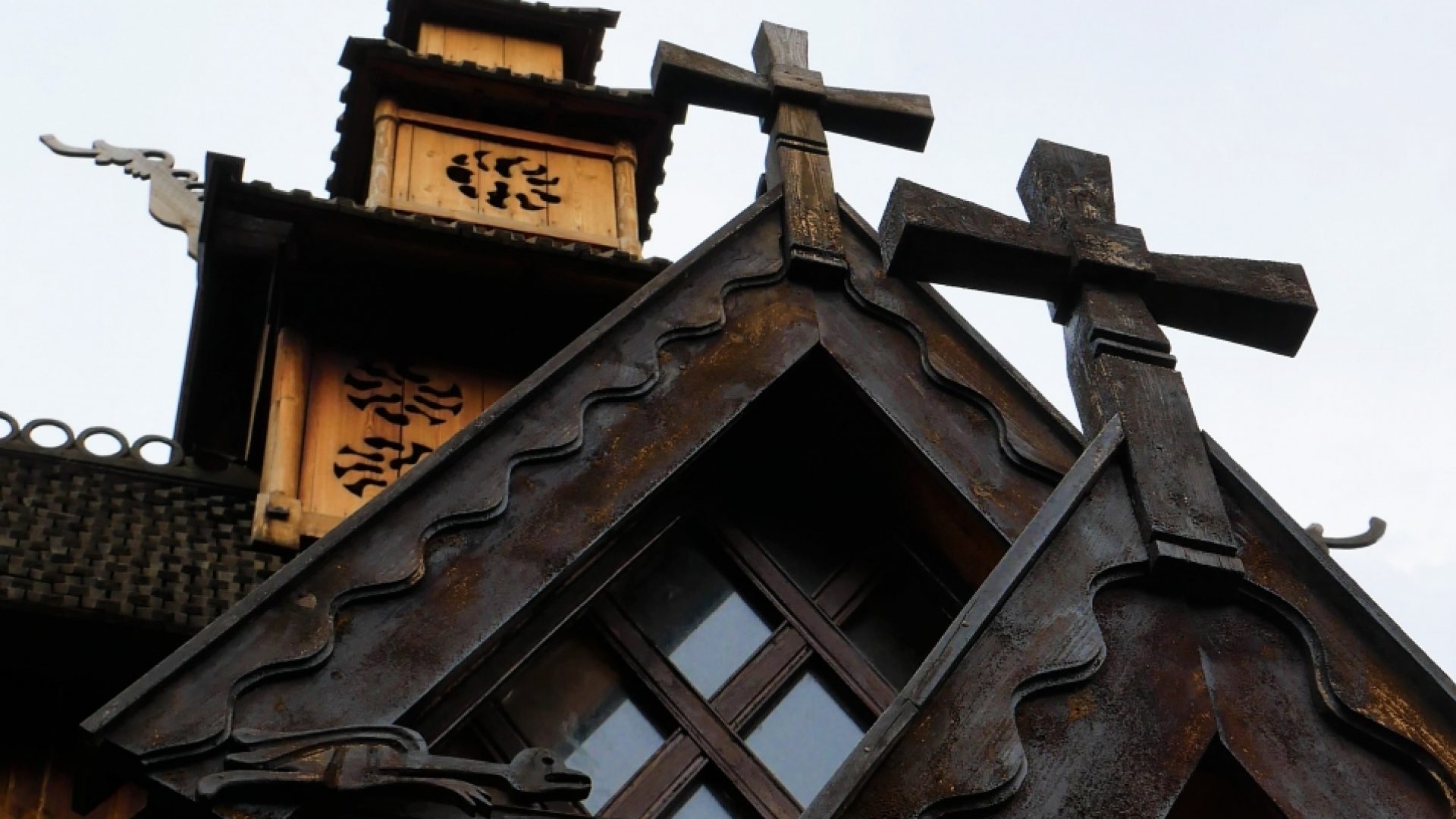 Visit the stave church in Beiarn

Let us bring you 1000 years back in time with this amazing building, Norways northernmost stave church.

What is a stave church?

A stave church is a medieval wooden Christian church building once common in north-western Europe. The name derives from the building’s structure of post and lintel construction, a type of timber framing where the load-bearing ore-pine posts are called stafr in Old Norse (stav in modern Norwegian). 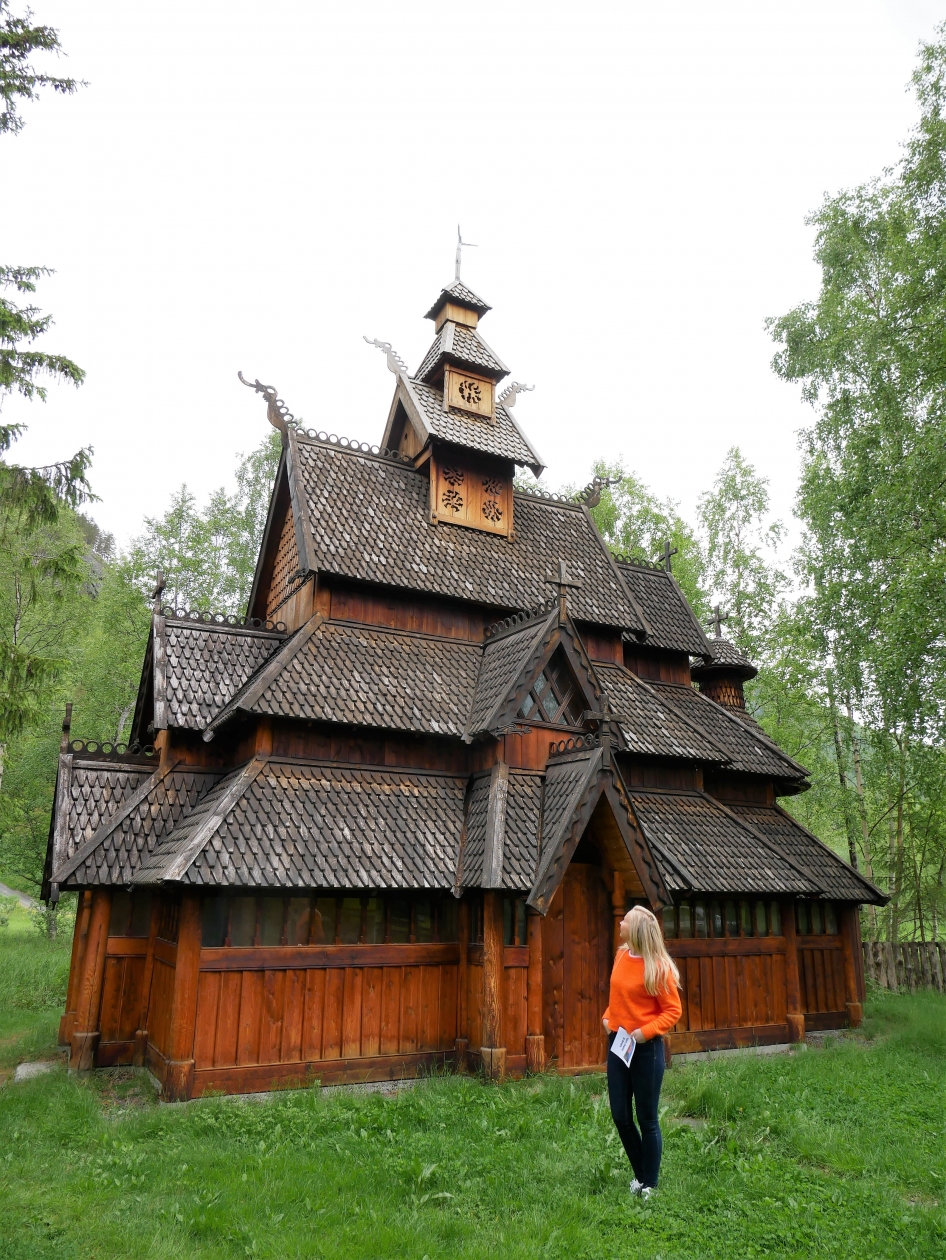 Many wants to see the impressive details 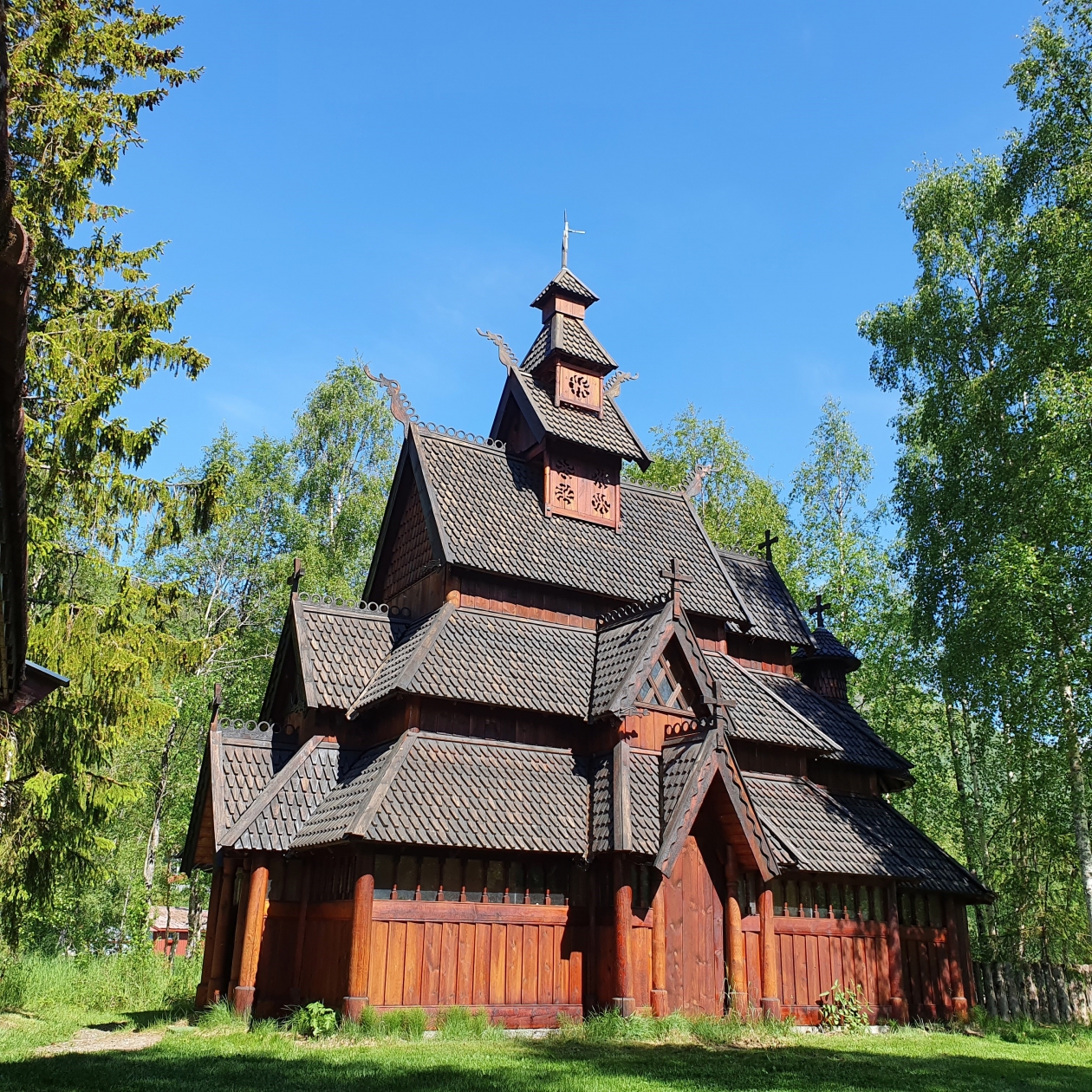 Magnus Stensland was born on Savjord where he has worked as a joiner. He has always been interested in stave churches and was very impressed by the one he saw in Gol. «In my opinion it`s Norways finest» he says. 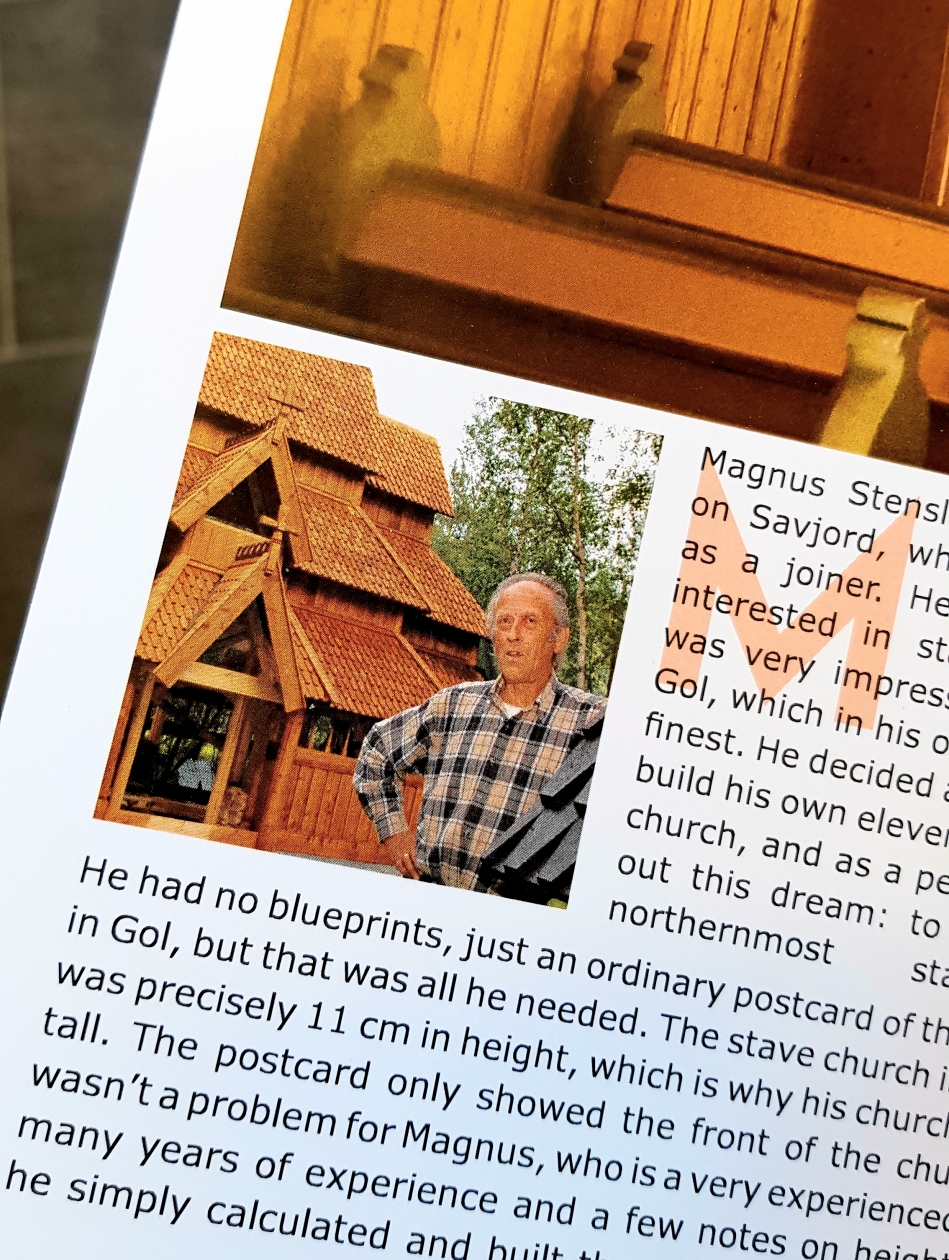 Magnus decided at an early date to build his own church, and as a pensioner he lived out his dream; to build Norways northernmost stave church.

He had no blueprints, just an ordinary postcard of the church in Gol, and thats all he needed. The church in the postcard was 11 cm in height. Which is why the church is 11 metres.

The postcard only showed the front of the church but this was no problem for Magnus who is a very experienced joiner. A few notes of height and width he simply calculated and built the three remaning sides on his own. 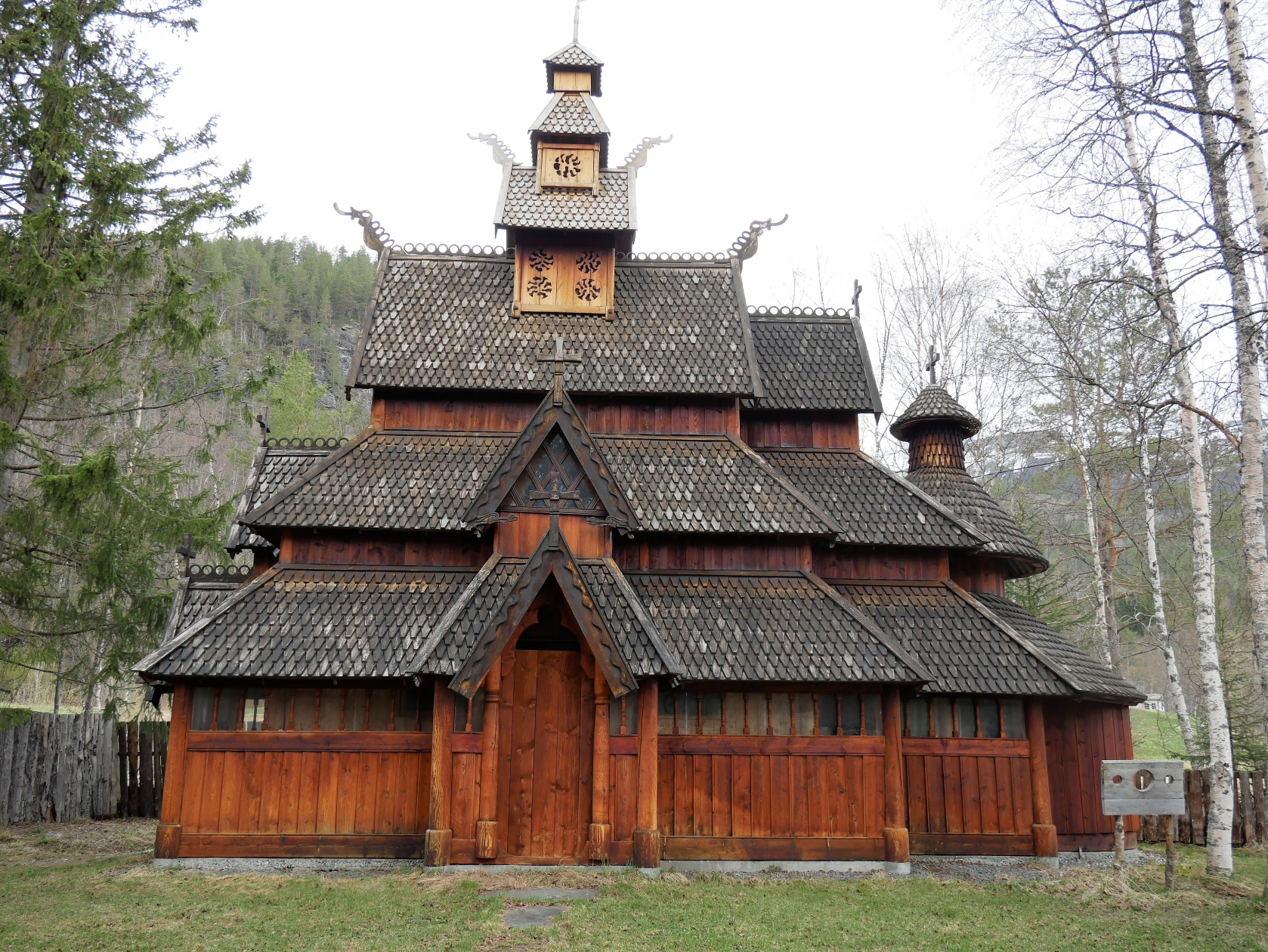 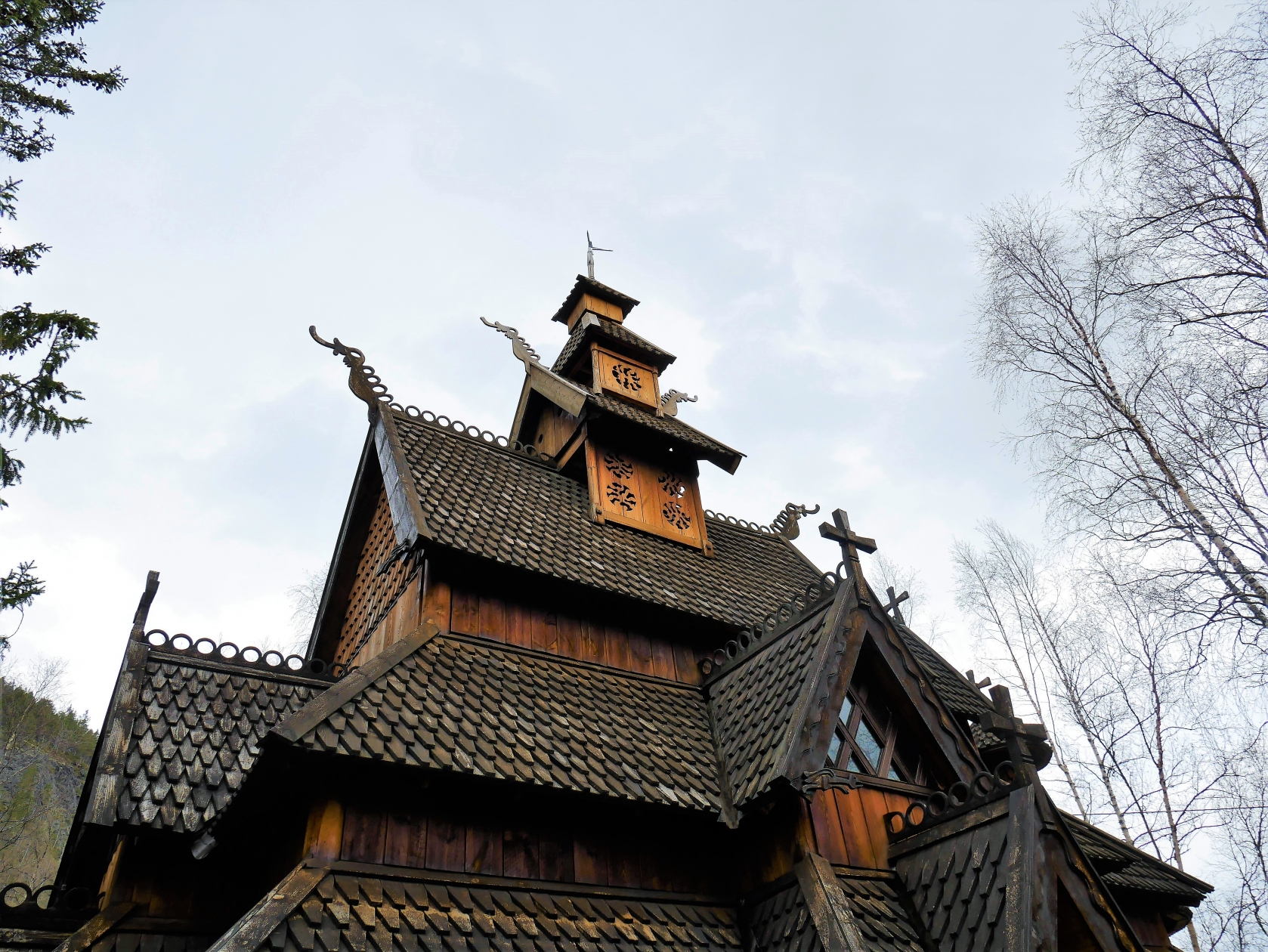 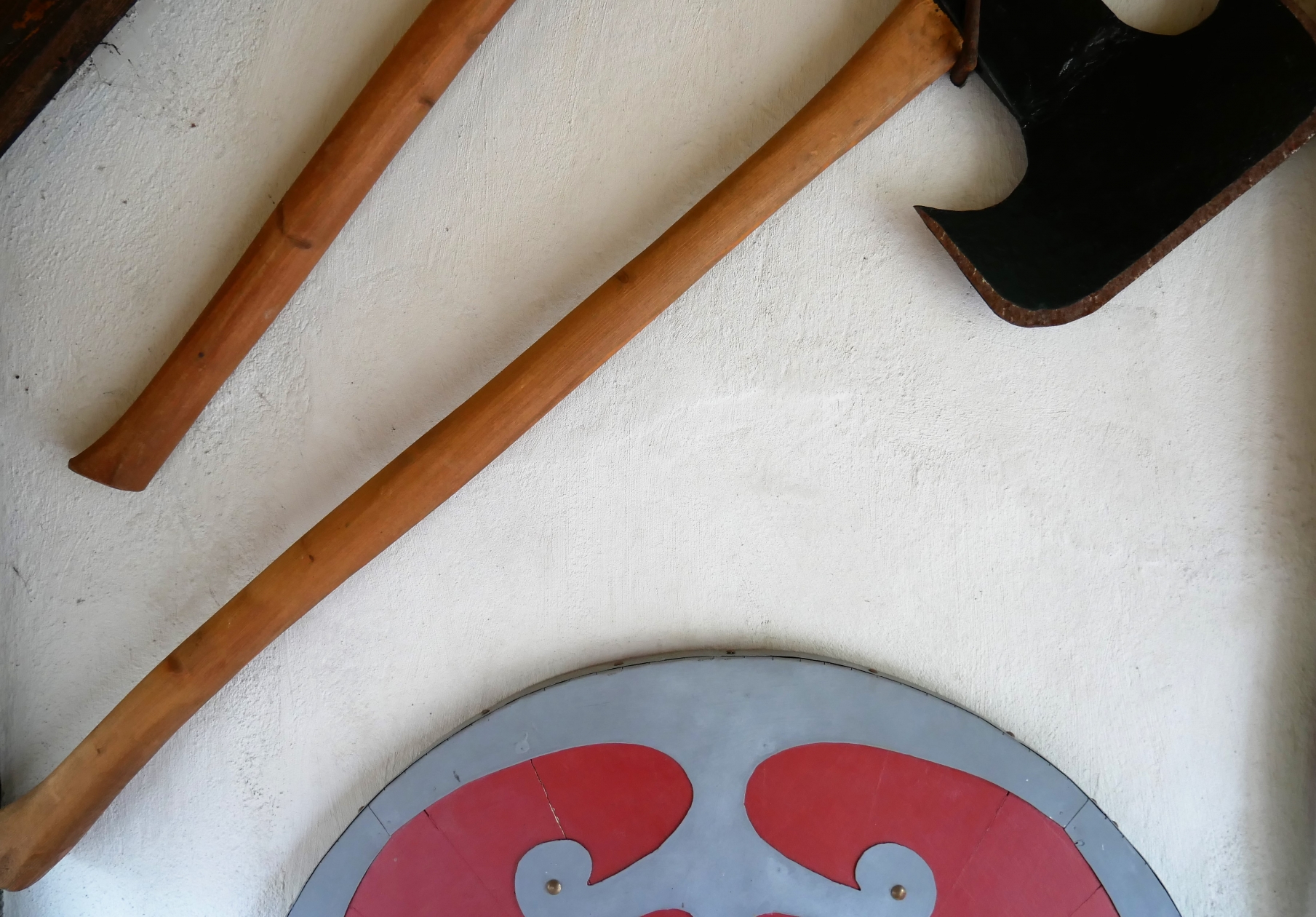 An enthusiastic Magnus attended to every little detail himself. He took all the timber for the stave church from his own woods and then he made his own tools to lathe the huge logs.

On the roof alone there are over 10.000 shingles which he has made and coated with tar in only one single winter. The only assistance he had was from a crane when lifting the upper spire in place. 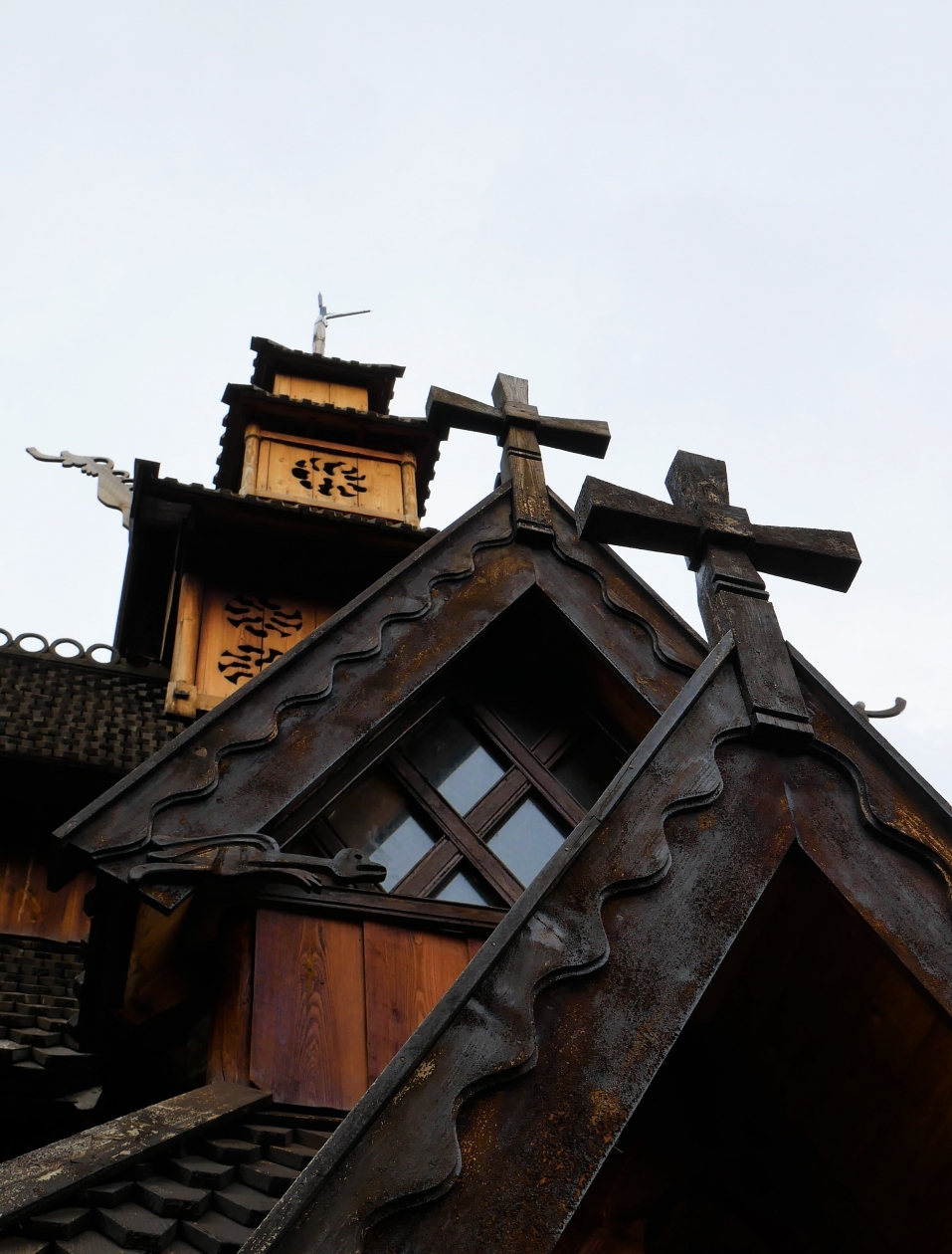 Walk in and feel the history 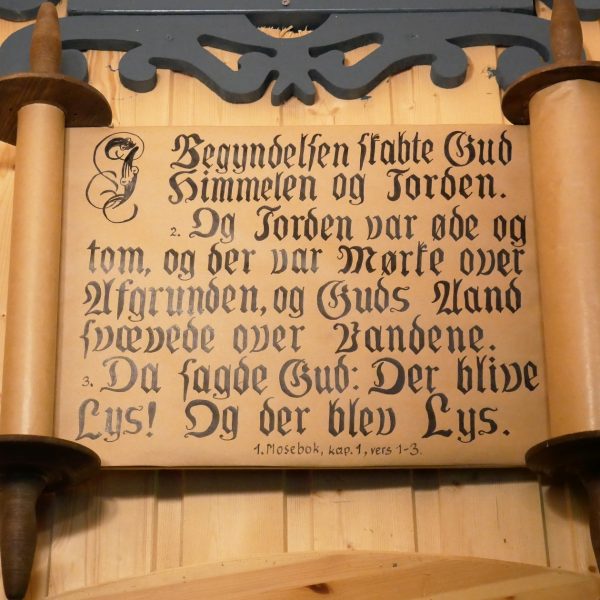 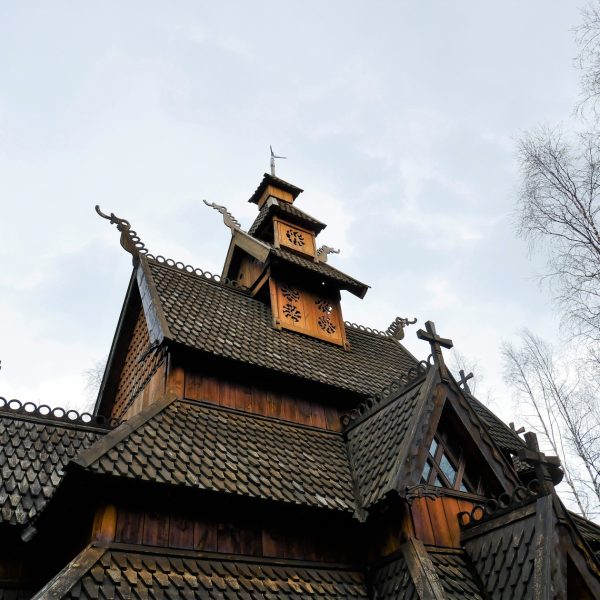 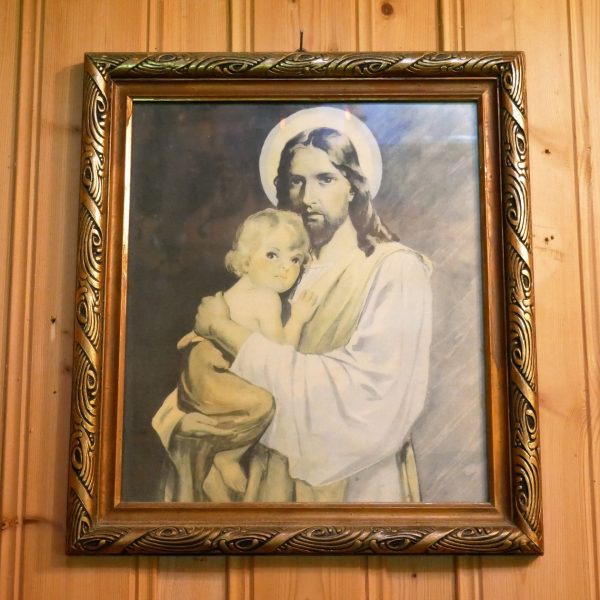 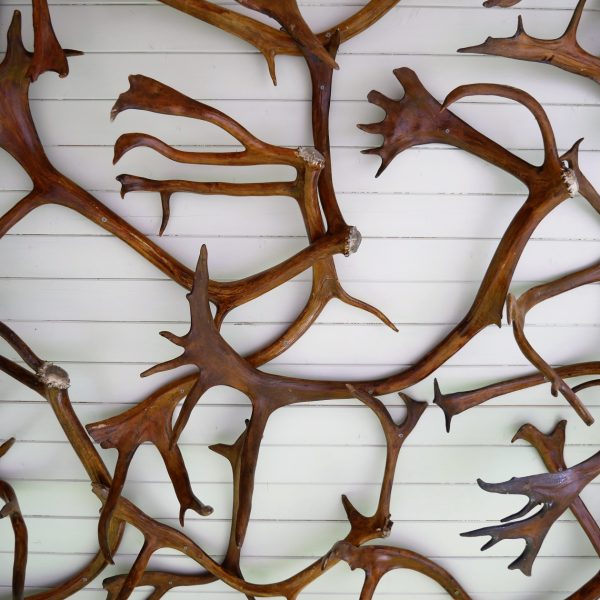 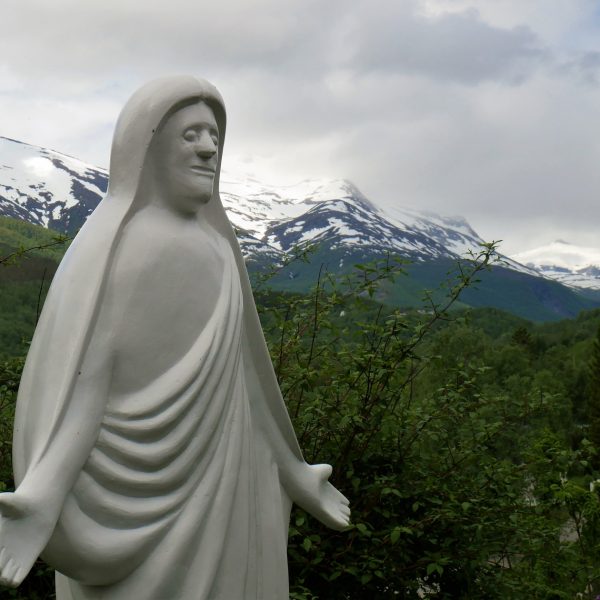 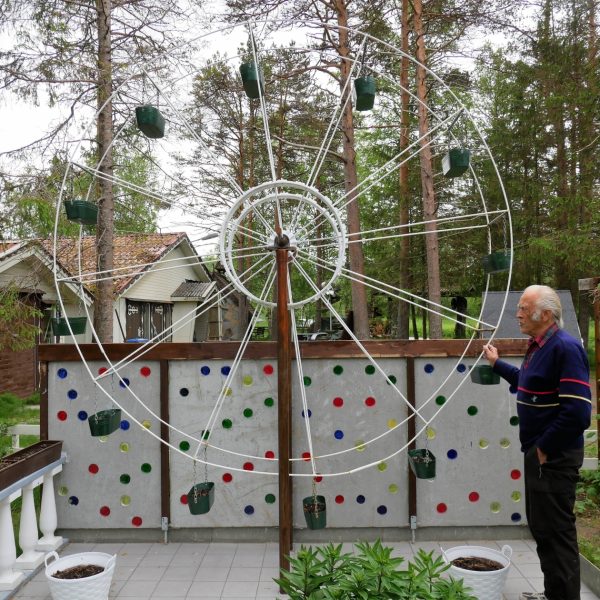 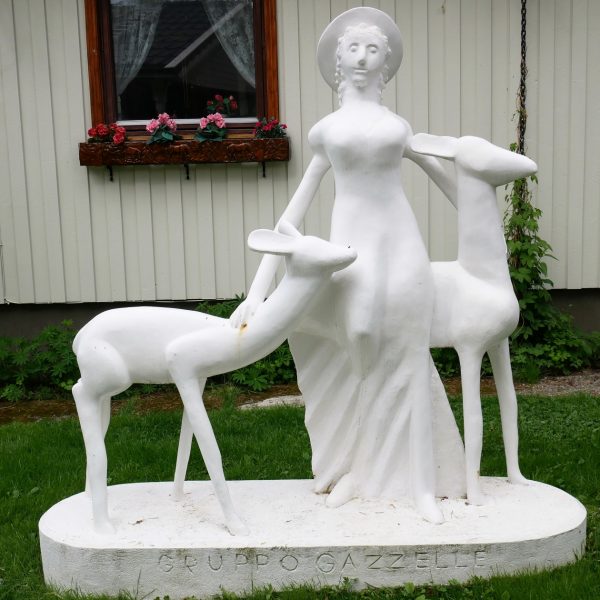 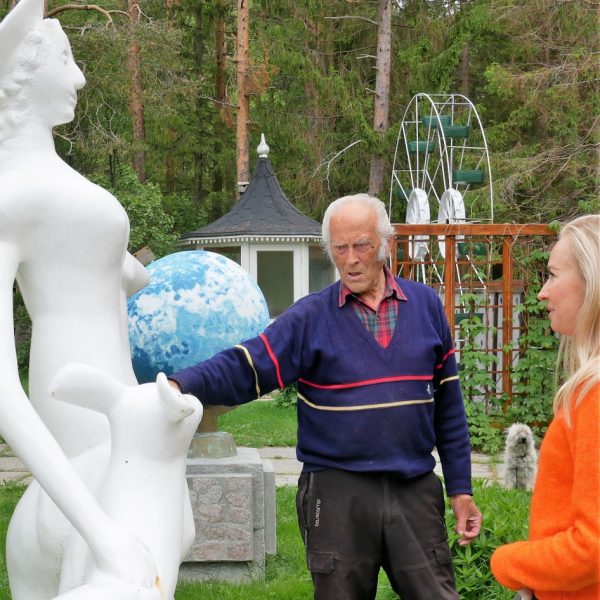 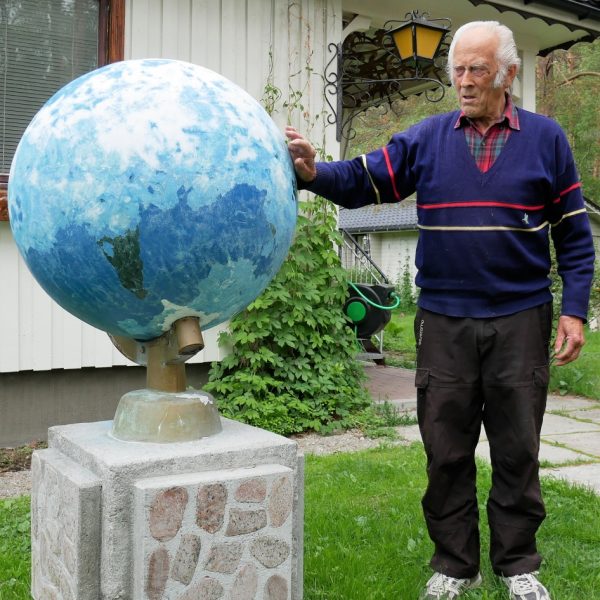 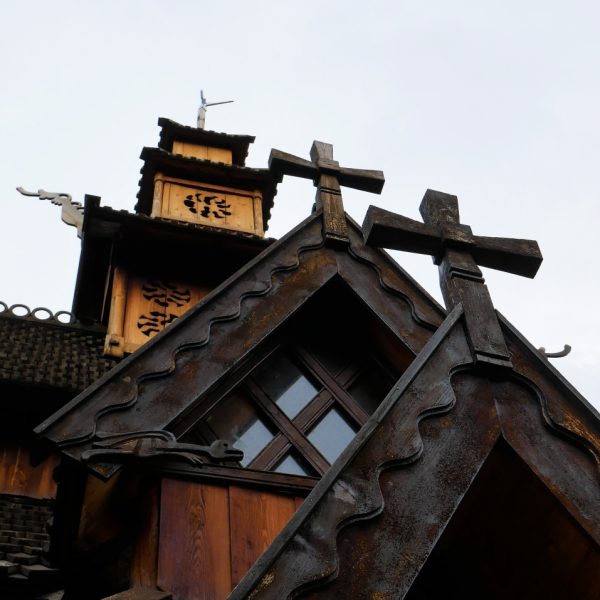 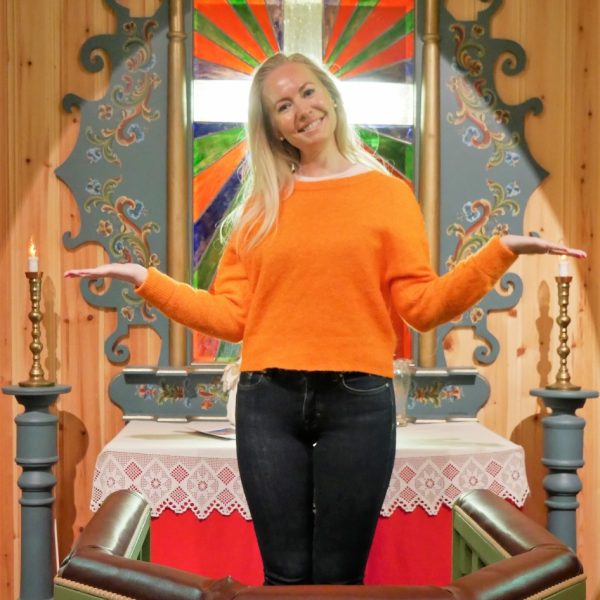 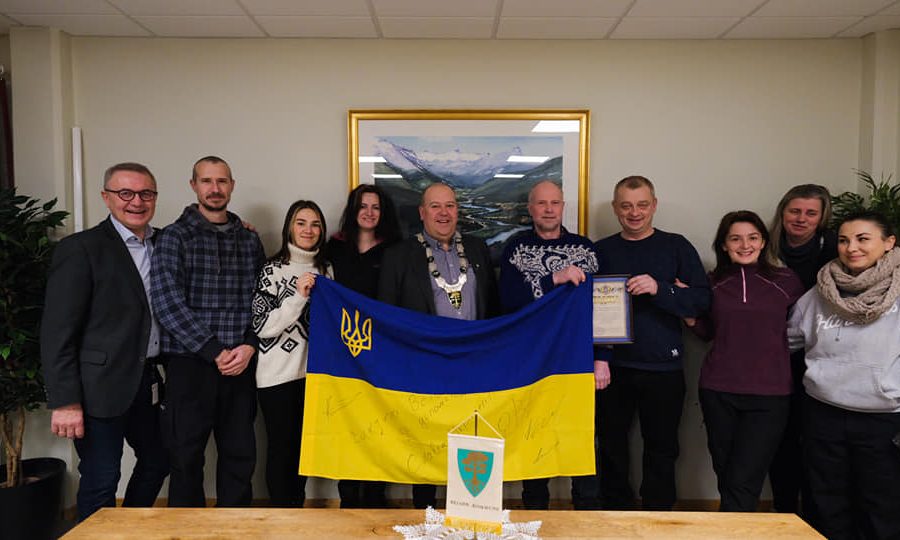 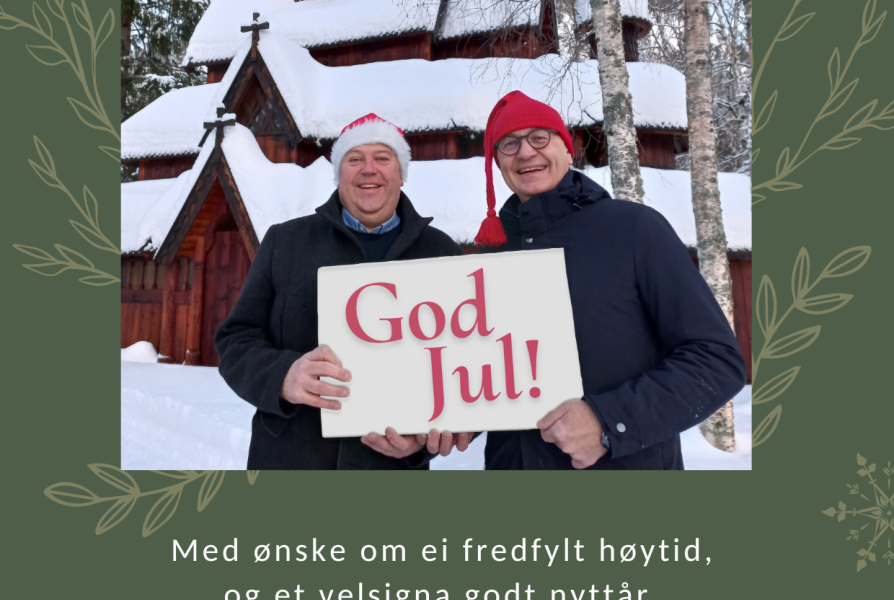